Health professionals film used in training on the Isle of Man

'Hey - Look what I can do' was shown at the 2013 Young Deaffest. Biomation also ran an animation workshop on behalf of the NDCS at the festival.

Our Top 5 Tips for communicating with Deaf Young People and Communication Street films are being used within a talk by one of the psychiatrists attending.

'Your films are really special. You've obviously really used input from users and translated it into a clear and entertaining message. I am delighted to have found them.'

Our films 'Communication Street' and 'Top Tips for Health Professionals' have been shortlisted for Young Deaffest 2012.  They will be screened along with the other nominated films at the festival on Saturday 26th May (please see the Deaffest website for forthcoming information on screening times, www.deaffest.co.uk)

Our Asperger's film is to be included on the MindReel database run by the Institute for Research and Innovation in Social Services.


Registered users are academics or professionals with a vested interest in mental health.

Exeter Royal Academy for Deaf Education is making our Deaf communication films available internally to all of it's staff.

Our AS film has been included on a site run by the Research and Training Center on Community Living at the University of Minnesota. It is a site aimed at person-centred services supporting people with developmental disabilities.

The Mutesounds film festival in The Netherlands has asked to screen our Survival Tips for Deaf Teenagers film. We wish we could head over there to see it, it should be a great festival. http://www.mutesounds.nl/
____________________________


Great news - our Top 5 Tips for communicating with Deaf Young People film has been featured on the National Deaf Children's Society website, Buzz:
Which you can visit here


Films made available on course at York University

Our films will soon be made available to students at York University in the Department of Health Sciences. Established practitioners in CAMHS will get additional insight into the experiences of young people with mental health issues from viewing Biomation films as part of their course.

"A clip from Top Tips has been included in the CPD Online module “Mental health and deafness” as the animation offers a light-hearted approach to communication strategies for communicating with deaf children and was designed by the young people themselves. It brings to light some of the barriers that they face daily and offers simple remedies to address these."
Nicoletta Gentili, Consultant Child and Adolescent Psychiatrist
and Dr A Holwell National Deaf CAMHS The Royal College of Psychiatrists
____________________________

Top Tips films promoted by 'Hello' campaign
'Hello' is a campaign to increase understanding of how important it is for children and young people to develop good communication skills. Run by The Communication Trust, a coalition of over 35 leading voluntary sector organisations, Hello aims to make communication for all children and young people a priority in homes and schools across the country so they can live life to the full. Both of our Top Tips films are featured on their Youtube channel.

Asperger film being shown in New York Film Festival
A Short Film About Asperger Syndrome, has been selected to screen at the 2011 Sprout Film Festival. The festival will take place on April 29 – May 1, 2011 at The Metropolitan Museum of Art - New Uris Education Center. More information here: gosprout

Top 5 Tips film to be screened to international audience

We are very pleased that our 'Top 5 tips for communicating with Deaf young people' film will be shown as part of the programme at the 8th European Congress on Mental Health and Deafness: Healthy Deaf Minds in Europe.

This is organised by:


Deaffest is the UK’s only Deaf-led film and television festival, which celebrates the talents of Deaf filmmakers and media artists from all over the world.

The 2010 festival will be held at Light House in Wolverhampton from Fri 21 – Sun 23 May. This dynamic and thriving festival helps to nurture talent in the Deaf community and showcase the work of Deaf filmmakers and producers. Admission to this year’s festival is free.

Living with Asperger's Syndrome can be difficult, and explaining it to others can often seem more of a challenge than coping with AS itself. This short, simple and accessible film explains through a series of lively animations what AS is, what it feels like and how it can be helped, in a way that is both informative and easy to understand.

Created by children in conjunction with professional animators, this highly entertaining film concisely summarises the basics of AS, enabling viewers of all ages to gain a real insight into the condition in less than half an hour. Covering everything from common talents of those with AS to skills and activities they might find more difficult, the film looks at life as an Aspie from a variety of different perpectives. Using a winning combination of humour and frank discussion to explore AS, the DVD comprises a main feature film, which is complemented by an array of vox pops, interviews, slideshows, and other additional material, documenting how the film was made and further exploring what AS means to different people.

This insightful and innovative DVD will be of interest to everyone wishing to learn about AS, from children in schools, to families of those with the disorder and professionals working alongside them. It is an ideal first step towards understanding Asperger's Syndrome.

You can find out more including how to purchase the DVD at jkp.com 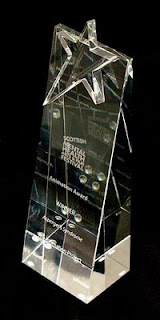 At the Scottish Mental Health Arts & Film Festival awards in Edinburgh, our Short Film about Aspergers Syndrome was the winner of the animation category at the festival.

The competition received entries from across the world including America, Canada, France, Germany, Spain and Israel.

You can view the film here:

Quick links to some of our films

'I wanted to say many many thanks for the fantastic week you provided for the young people. I read over the feedback & it is truly fantastic. We have achieved great outcomes because of your skills and sensitivity.'

‘Biomation has been a wonderful new way of allowing young people and professionals from very different backgrounds to come together for a common purpose. It allowed us to explore several different perspectives with benefits for all. The clinicians and animation team worked well together. There was mutual respect and trust, and it was heartening to see. The young people saw them all as one team which is a testament to how well they gelled together.’

‘I was very impressed by the way the young people took great care over several days to produce an excellent film which tells us a great deal about childhood arthritis. The group enjoyed the workshops and I feel gained a lot from meeting each other and the artists involved.’